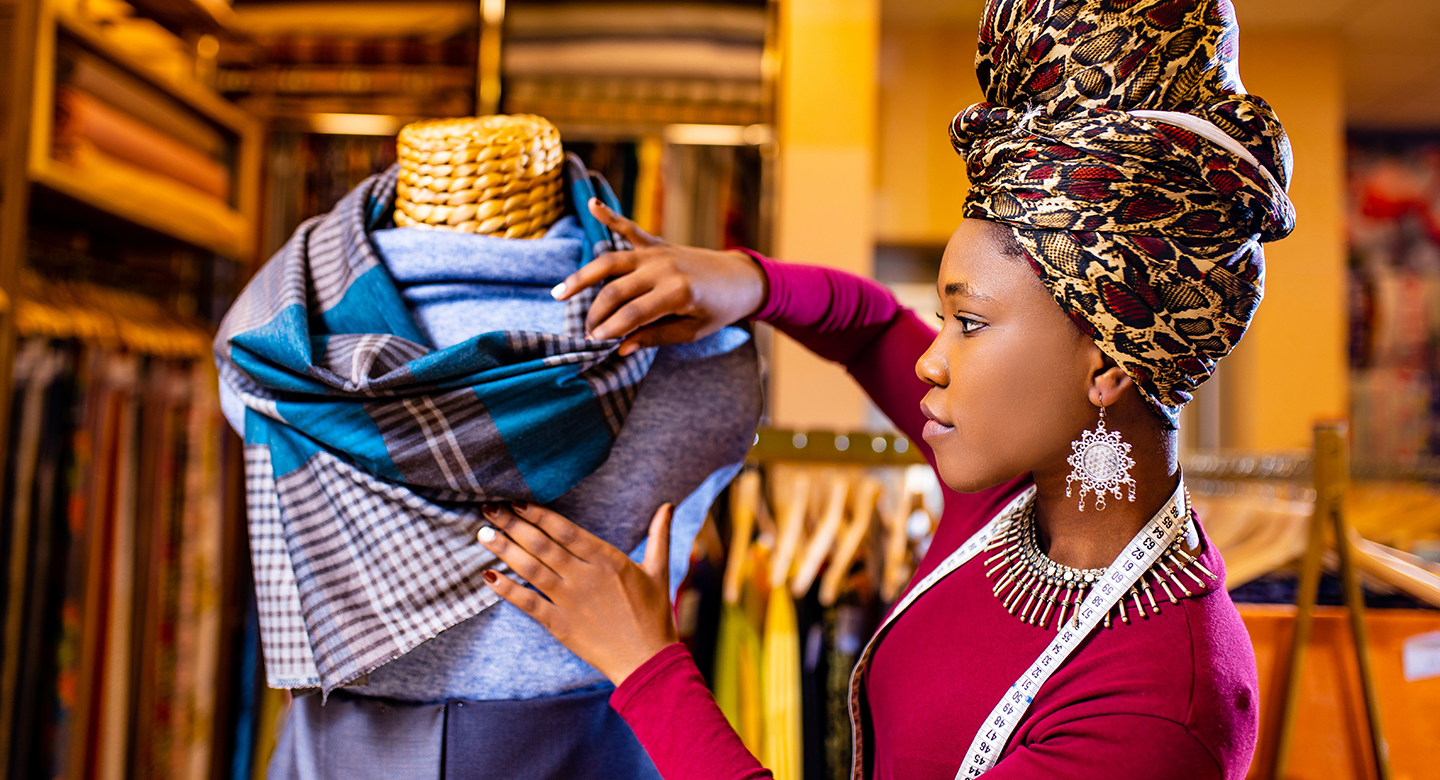 Benin has seen rapidly growing entrepreneurship in the cotton and textile sector over the past few years. Wide-ranging political support and a rise in local product consumption have driven this trend.

Cotton and textile being the top contributors to Benin’s economic growth, the sector has injected substantial foreign investments from public and private sectors alike. Accounting for nearly 40% of the country’s GDP and 80% of the export earnings, the country’s economy has strengthened with real GDP growth estimated at 5.97% in 2021(source: UMOA Titres).

Inflation has significantly slumped over the past years while the standards of living have improvised compared to decades earlier. However, the buzz around textile and cotton production falls short to meet the country’s demand.

With this in mind, Arise IIP decided to focus on the local transformation of premium quality cotton to export worldwide. People, now consider woven fabric as the most looked for, exploitable material. Therefore, Arise IIP planned to thrive in this industry with modern infrastructure, integrated logistics services, industrial & commercial zones, warehouses, storage units, a container yard to hold 12,500 containers, and more.

In the agreement with Fibre Trace, traceable fiber technology aims to improve Benin’s position in the global textile innovation and technology chart. The constant urge to improve visibility, and resilience, secure economic competitiveness, and create a thriving value chain for African agriculture is estimated to reach 98,000 tons of cotton processing capacity per annum by 2023. As part of this global project, smallholder farmers are estimated to produce approximately 30% of total crop output globally. Building the foundation layer of global agriculture and the food sector begins here. This program will make its debut when the Glo-Djigbe Industrial Zone (GDIZ) of Benin facilities for spinning, fabric, and garment production operations.

Benin is the fourth largest cotton producer in Africa, with Burkina Faso, Chad, and Mali leading the graphs. Being the major cash crop in Benin, it has become the backbone of the economy with approximately 40% of the GDP and 80% of the export earnings.

In 2018, the country recorded an export of 530,000 tons of cotton – higher than 4,51,000 tons the previous year. The giant contributor to these data is the farming communities involved in cotton farming, typically the rural communities in the country. Over two million population of Benin rely on cotton farming, with most farmers owning approximately two hectares of farmland growing cotton in rotation with other crops.  Cotton production in the country over-relies on two regions: South-Central and Northern regions. This reliance, along with heavy usage of agrochemicals, resulted in environmental degradation of the country’s fertile land. Therefore, to ensure high-quality products, farmers started embracing organic cotton farming. It involves the elimination of pesticides and the usage of only natural fertilizers (source: Apparel Resources). Over the years, cotton farming has played a crucial role in export and a massive expansion the textile industry in Benin.

Benin is also the largest producer of textiles, owing to a giant production of cotton every year. However, the country’s cotton gets exported to the international market and is also used for local cloth manufacturing. Benin records tens of textile manufacturers throughout the country, with some expert enterprises specializing in textiles for export. Typically, Benin’s textile industry opens up tremendous opportunities at all levels of the value chain. From design to production and marketing, this industry has the potential to become one of the top employers in the country. Textile companies collectively account for up to 30% of the workforce in the cotton department. As the result, the industry has been boosted by a giant external market and local apparel demand. Both the apparel and footwear markets of Sub-Saharan Africa are estimated to grow up to worth $30 billion.

Arise IIP aims to deliver 360 degrees traceability, verify, and audit the lifecycle of the garment products, from spinning mills to stores and end consumers – we believe in sharing the journey of Benin premium cotton with global customers.