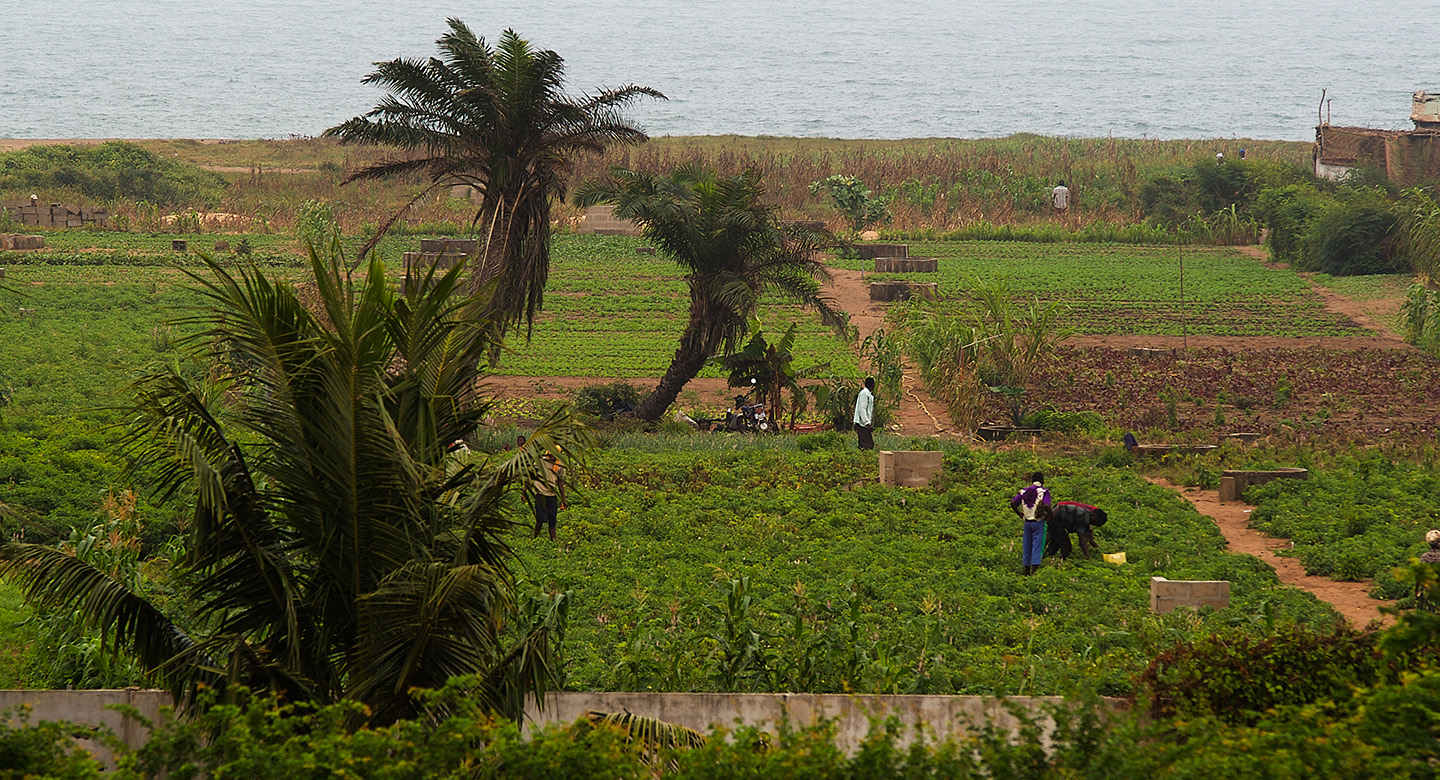 Contrasting these facts, we understand that agriculture is the main driving force for the economy. When it comes to Togo’s soil, it has relatively rich soil, with lands in the Plateaux region being highly fertile. Since 1975, the country’s green revolution has made many efforts to remain self-sufficient and achieved the national program for agricultural investment and food security (PNIASA).

Besides improving Togo’s agricultural output, the government mustered efforts to modernize this sector. It focused on improving farmers’ access to finance for quality production, introducing agroforestry practices, enhanced agricultural research, mechanization, and use of fertilizers, developing agricultural value chains, and helping Agri-entrepreneurs invest in the country.

With cash crops like cassava, maize, yam, cotton, palm oil, rice, peanut, and coffee accounting for a significant percentage of Togo’s foreign exchange earnings, the commercial farming contributions are vital for its economic growth. Some of the country’s key agricultural players include:

Around 1.5 million Togolese farmers have enrolled in corn farming across four agro-ecological zones. Also, more than 700,000 hectares of arable land in the northern region especially, produced 886,630 tons of maize, in the year 2018-2019. In addition to being used for household consumption, corn is also considered a major cash crop in Togo. Reports suggest that corn produces an average net income of XOF223,000 per hectare, making it one of the major sources of agricultural revenue.

The Savanes region of Togo greatly emphasizes rice cultivation. However, years ago, these areas were highly expensive to cultivate, and farmers struggled against imports from Asia. On the positive side, the Government of Togo launched various projects to boost rice production. As a result, the year 2018 witnessed more than 145,000 tons of rice.

Yam is mostly used to make “fufu,” a meal consumed in many West African countries. In 2015, Togo recorded 78,000 tons of Yam output which exceeded 859,000 tons by 2018. Kpalime and Bassar are the two prominent regions where Yam cultivation is held at a massive scale.

As for cassava, it is produced only in the southern regions including Agoe, Tabligbo, Tsevie, Vogan, and Aneho. This cash crop also helps in preparing fufu or can get transformed into gari or tapioca. Togo recorded around a million tons of cassava production in the past five years.

Considering the major cash crops like beans and groundnuts, Togo produces around 40,000 tons of annual yields, making it the hub for grand legume cultivation and production. 2018 recorded 208,000 tons of beans and cowpeas and will keep inflating in the foreseeable future.

Both coffee and cocoa were introduced to Togo by the Germans during their colonial period. Around 32,000 farmers contribute 1.2% of the GDP to growing these crops. At first, coffee was cultivated in the Plateaux region (mostly Kpaline, Atakpame, and Badou). Since 1990, Togo’s coffee production started increasing at an impressive rate. The first quarter of 2017, 2018, and 2019 witnessed coffee outputs up to 1,090 tons, 4,883 tons, and 3,465 tons respectively.

The past three years recorded production of soybeans from 24,000 tons to 35,000 tons. The agricultural sector employs nearly 300,000 farmers and soybeans are grown on around 67,000 hectares. It means Togo’s 38% of the total area grows legumes across the territory. The country has one of the best yields in West Africa (3tons/hectare) with a turnover of XOF6.8 billion (Source: Togofirst.com).

To leverage a strong global demand for organic products, these agricultural crops produced are mostly for export. Togo launched the very first regulated campaign and is expected to sell 78,000 tons of soybeans in the coming years.

Besides the aforementioned cash crops, there is palm oil, pineapple, cashews, and cotton contribute as mass producers for import and export activities. Where Palm oil is grown over around 7,000 hectares, for an impressive output of 61,800 tons in 2017-2018, pineapple production increases by 3,300 tons, generating XOF1.5 billion exports in 2018-2019.

Arise IIP strongly believes in resolving the industrial gaps in African countries to unlock value and create a new industrial base to boost local value addition. Togo’s fertile lands enrich the country’s GDP and economic growth up to great extent. As a result, more and more overseas investors are showing their interest in the country’s agricultural industry. We will love to hear your agricultural investment plans in Togo and other African countries.