ARISE IIP signs an MoU with the Republic of Congo 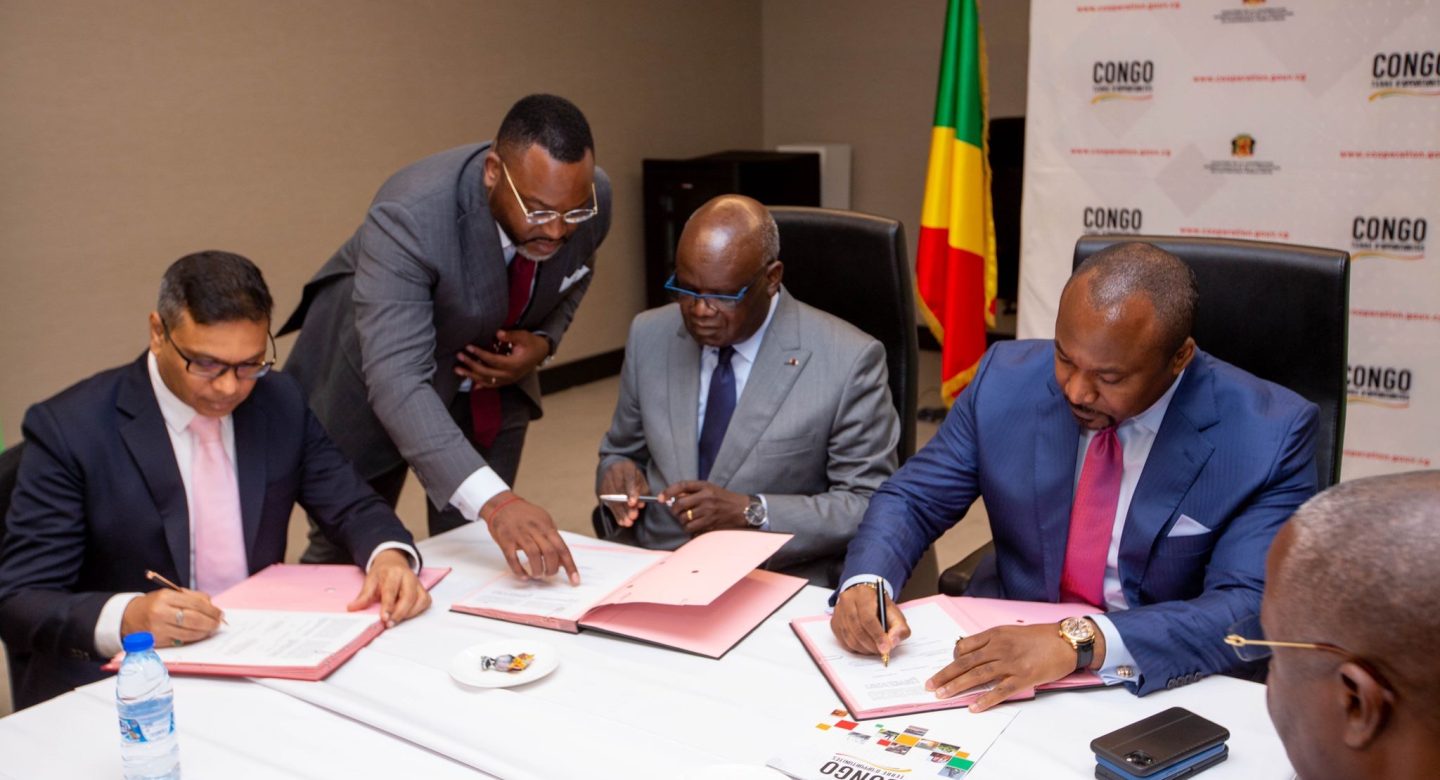 2nd June 2022 – ARISE Integrated Industrial Platforms (ARISE IIP), a developer and operator of world-class industrial ecosystems across Africa, in partnership with the Ministry of International Cooperation and Public-Private Partnership Promotion of the Republic of Congo, is proud to announce the signing of a memorandum of understanding (MoU) for the development of two industrial zones in Pointe-Noire and Ouésso. This agreement, in line with ARISE IIP’s ambition to unlock Africa’s industrial potential, will support the Congolese authorities in advancing the country’s industrialization agenda.

Operational details and timelines for both projects will be determined following the delivery of the feasibility study currently underway and expected to be finalised within the next 3 months. Both industrial zones are expected to spur local job creation, by creating approximately 5,000 jobs by 2025, boost exports and contribute to the government’s development priorities laid out in the National Development Plan (2022-2026).

Denis Christel Sassou Nguesso, minister of International Cooperation and Public-Private Partnership Promotion, stated that: “This agreement is yet another example of the attractiveness of the Congolese economy and a materialization of our efforts to increase its competitiveness. Our trusted partner in this project, ARISE IIP, has demonstrated its ability to execute large-scale projects across Africa at pace and for the benefits of the local economy. We are confident in their ability to build two competitive and sustainable industrial economic zones that will add value to our natural resources.”

Gagan Gupta, founder and CEO of ARISE IIP commented: “We are very honoured to be able to support the authorities in developing these industrial infrastructures which is a key component of the National Development Plan (NDP) 2022-2026. Leveraging our experience in managing industrial zones, we aim to make Congo a regional leader in the processing of raw materials such as timber and agricultural resources, among other industrial transformation processes. We are fully committed to building a sustainable industry in Congo, in close collaboration with the government, and channel more investments in key sectors of the economy.”

For the past few years, ARISE IIP experienced a remarkable expansion across Africa, with currently 12 integrated industrial zones accelerating the continent’s industrialisation. For reference, in Gabon ARISE IIP manages the Gabon Special Economic Zone (GSEZ), focused on the timber industry, which created 16,000 jobs, attracted 120 investors and has enabled Gabon to move from being an exporter of logs to the world’s 2nd largest producer and exporter of veneer and the first in Africa. Across the continent, ARISE IIP’s primary focus has always been the creation of industrial ecosystems committed to generating high local added value along with sustainable growth.

ARISE Integrated Industrial Platforms (ARISE IIP) is a pan-African developer and operator of world-class industrial parks committed to making Africa thrive. We identify opportunities in commercial and industrial value chains across Africa, and conceive, finance, build and operate the necessary infrastructure, playing a catalytic role in supporting countries to transition to an industrial economy. We are driven by the pursuit of green growth; our ambition is to unlock the continent’s industrial potential while neutralising our carbon emissions and climate impact. ARISE IIP is currently present in Benin (GDIZ), Togo (PIA) and Gabon (GSEZ). GSEZ was ranked the world’s best special economic zone in the timber sector (2020 FDI ranking).